The 90-year-old woman from Illinois who thought she had won a $ 41.8 million jackpot, was left empty-handed after losing the lawsuit against the casino. Grandmother Pauline McKee played the Miss Kitty game in a casino, when she won 185 credits, or $ 1.85. But there appeared a message on the screen stating that they had won a bonus of $ 41,797,550.16. But the casino refused to pay out because the message was caused by a computer malfunction. 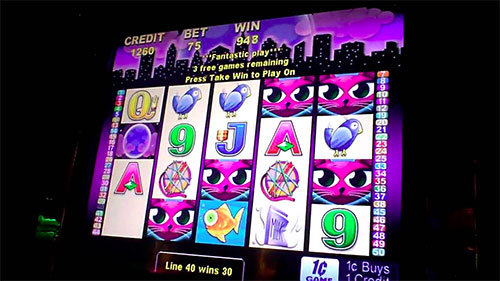 “I had my doubts from the beginning, because that’s a lot of money for a penny machine,” said Ms. McKee at the Chicago Tribune. “I was hoping to be able to help my children financially, but it was not meant to be.” The casino argued that the rules state clearly that on screen malfunctions void all prices. At the time of the dispute, the Iowa Racing and Gaming Commission (IRGC) protects the host and conducted a study to test the hardware and software for an independent inquiry were sent to a testing laboratory. The researchers found that the software was programmed to allow a bonus of up to $ 10,000, how the multi-million bonus message on the screen could appear remains a mystery.