Win a trip for 2 to Adele live in concert!

Casino Cruise knows how to get their players excited. In addition to regular casino bonuses also creates surprising prices. How about a 3 night stay in a beautiful hotel in London? And ever dreamed to see Adele live in concert? This is now within your reach, thanks to Casino Cruise! 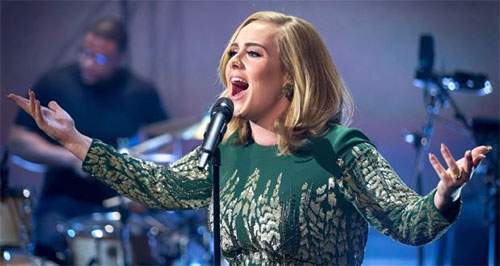 You can go with your boyfriend, girlfriend, dad, mom or friend when winning the full package to see Adele perform live in London. On April 4 2016 the lucky winner will be picked and receives flights, three days in a nice hotel in London for two and two tickets to the concert.

How do you participate?

You get a ticket for every € 30 deposited on the Casino Cruise website, out of all tickets the lucky winner will be drawn. So the more you deposit, the higher your chances are to win this trip! The action has just begun and will run until March 24th. So do not wait too long!

Adele Laurie Blue Adkins broke through in 2008 at the age of 19 for the general public with her album and 19 singles as Chasing Pavements and Make You Feel My Love. In 2010 and 2011 she had big hits with Set Fire to the Rain, Rolling in the Deep and Someone Like You from her second album 21. In 2012 she wrote the soundtrack for the Skyfall James Bond film. In 2015 her long-awaited third album 25 was released. The first single from this album was Hello. The single was immediately worldwide after its release on No. 1 and both the single and the album broke records worldwide, this album has been sold in the first week more than three million times. Her live concerts are highly appreciated by the audience.