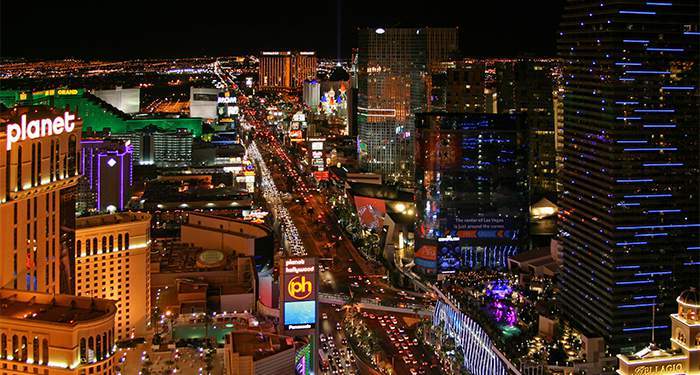 Las Vegas is a bigger money machine than ever

In 2017 the casinos in Las Vegas booked record sales, but no thanks to the gamblers though. if you want to strike gold a casino on the Strip in Las Vegas could be your moneymaker. Never before was there so much money in the big gambling palaces on the most famous casino boulevard in the world. We got this information from the official sales figures of the Nevada Gaming Control Board. The regulator presented a report on the fiscal year 2017 earlier this month. And those numbers are stunning with a combined turnover of almost 17.8 billion dollars. This is an absolute record and an increase of over 4% compared to 2016. The 272 casinos paid $852,200,434 in gaming taxes and fees, equating to 7.7% of their gaming revenue.

The interesting thing though is that the share of gambling revenue has never before been so small in total revenue. Only 34% of all the money was earned with gambling on the Las Vegas Strip. So if just over a third comes from the slots, table games and other games of chance, where does all the other cash come from? Actually this is coming from a almost everything except the gambling and this trend has been growing year after year after year.

The casino resorts make more and more sales with the rental of hotel rooms, the sale of tickets for the wide variety of show, entrance fees for exclusive night clubs and the running of quality restaurants. Even parking your car is no longer free of charge. Las Vegas is becoming less and less a gambling city and increasingly a ‘normal’ holiday destination where people go that will not even touch a slot or look at a roulette table.

In 2010, 80% of tourists placed at least one bet in a casino in Las Vegas. In 2014, this percentage had declined to 71%. This is one of the reasons why the hotel room prices on the Strip in Las Vegas have never been as high as now and that is no wonder because the decline in gambling revenues needs to be compensated somehow.

The report from the Gaming Control Board also mentions how much an average visitor spends on gambling, sleeping, eating and drinking. The numbers are not specific to the Las Vegas Strip, but to Clark County, the administrative area that includes Las Vegas. In FY 2017, 62 casinos owned by public companies accounted for 72.5% of the total gaming revenue generated statewide during the fiscal year.

So there your have it. Las Vegas will always be an appealing destination for gamblers, but also more and more non-gamblers will travel to the gambling capital of the world. Fortunately if you’re feeling lucky you don’t have to book a ticket. You can enjoy the excitement of gambling from the comfort of your own home.